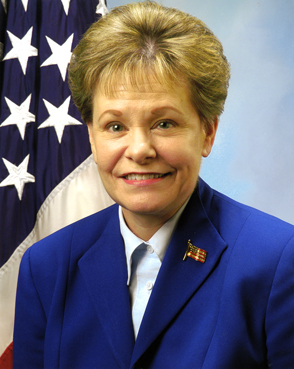 Ms. McMahon was formerly the Deputy Commissioner for Operations, a position she held since November 18, 2001. She provided leadership for more than 64,500 employees in 1300 field offices, 36 teleservice centers, 7 Processing Centers, 53 Disability Determinations Services and 38 Foreign Benefit Units. She directed an annual budget of $5.9 billion.

Prior to becoming Deputy Commissioner for Operations, Ms. McMahon was the Regional Commissioner of the San Francisco Region. She held this position from February 10, 1991 through November 17, 2001. As the principal Social Security Administration official for Arizona, California, Hawaii, Nevada and the Pacific Area, she provided leadership for the effective operation of all Social Security programs within the region. She directed 6,700 employees at regional and field facilities including the Western Program Service Center and managed an annual administrative budget in excess of $352 million. Over 7 million people in Region IX receive approximately $67.7 billion in Social Security payments each year.

Prior to coming to her Senior Executive Service position with Social Security, Ms. McMahon served as the Director of the California Department of Social Services in Sacramento for eight years. She was responsible for implementing a wide range of Federal and State programs including Aid to Families with Dependent Children, Food Stamps, child support enforcement, child welfare programs, special services to the blind and the deaf, disability evaluation and community care licensing.

Before her post with the state, Ms. McMahon served for two years as Associate Commissioner for Family Assistance with the Social Security Administration in Washington, D.C. where she was responsible for the administration of the AFDC, Low Income Energy Assistance and Repatriation programs. Prior to that she was a professional staff member of the U.S. Senate Committee on Finance handling Social Security, unemployment compensation and welfare issues; Associate Director for Social Insurance and Welfare with the U.S. Chamber of Commerce; and legislative assistant to Congressman William L. Dickinson of Alabama.

Ms. McMahon received a BA degree from the College of William and Mary in 1968. She is married and has three stepchildren and five grandchildren.