Concerned about the annual budget deficit and the mounting accumulated federal debt, policymakers have called for various commissions and studies of the government's fiscal situation.

In December 2009 Senators Kent Conrad (D-ND) and Judd Gregg (R-NH), chairman and ranking member, respectively, of the Senate Budget Committee, introduced legislation to create a statutory commission to study the problem and report to the Congress. A key feature of their proposal was the provision that if the commission could muster 14 votes among its proposed 18 members, the commission's recommendations would by law go to both houses of Congress for an up-or-down vote. The idea here was to have some sort of policy "forcing mechanism" that would move deficit/debt reduction onto the congressional agenda.

Initially, the Obama administration opposed the statutory commission, preferring a commission established by presidential executive order. Such a presidential commission would not have the power to force its recommendations to be considered by Congress. There was also substantial opposition to the Conrad-Gregg proposal in the Congress. On the eve of the vote on the proposal the Administration signaled its support for the Conrad-Gregg statutory approach. However, the bill could not overcome a filibuster in the Senate and the proposal died.

Under the terms of the Executive Order, the Commission could not issue a formal report unless 14 of its 18 members were in agreement. The expectation was that if this super-majority could be obtained, that the Administration would submit the report to Congress and ask for its consideration.

In late November 2010 the two co-chairmen of the Commission--to provide a basis for discussion--issued their own report. In December 2010, the full report of the Commission as a whole was released. This report, however, garnered only 12 votes among the members. Thus, the Commission on Fiscal Responsibility and Reform was unable to produce an official report for consideration in the Congress. It was expected, however, that various Commission proposals would make their way to some degree of consideration in the Congress. 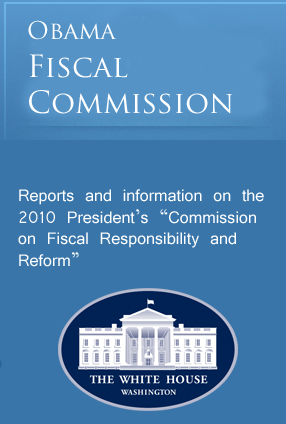 Remarks by the President

President's Statement on Receipt of Report